Manchester United’s strikers have been the “nightmare” to all defenders in the Premier League. They are not only fast, strong, skillful, but also the “score hunting”, “assassin” in the 11-meter restrict area. Unfortunately, the glory era of Man Utd seems to come to an end. What does the club have now?

In the era of former great striker Ole Gunnar Solskjær, Man Utd has been building up a young, dynamic, and potential players. However, the attack lines are too young and lack of experience to satisfy the expemanchester united playersctation of the fans. Now, the club fans are missing the old generation much more than ever.

Moving to Man Utd from Tottenham with a significantly high transfer fee, Berbatov did not disappoint Sir Alex Ferguson and the fans at all. The “Bulgarian Rose” played for Manchester United in four years from 2008 to 2012 before joining Fulham and AS Monaco then. It could be said that the most glory career of Berbatov was in Man Utd. 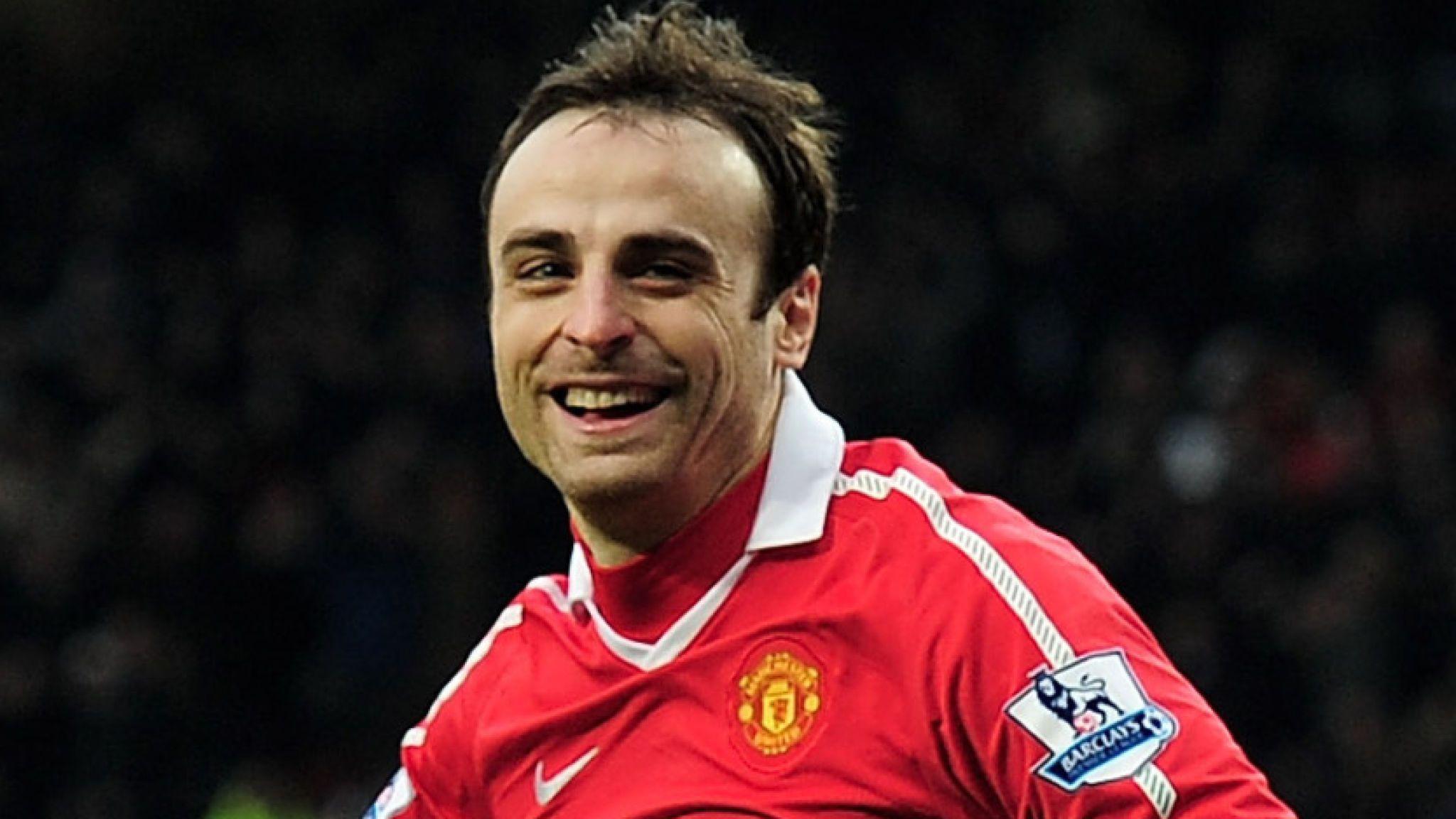 The Bulgarian striker scored 48 goals in Premier League after 108 matches, scored 56 goals in total for Man Utd, an outstanding number compared to other players. He made a great contribution to the Premier League title of the Red Devil in season 2010 – 2011, with 20 goals after 32 matches. This number is also the most goals he had for Man Utd in a season.

Maybe in every fan’s heart, the most unforgettable image of Berbatov was in the match against Liverpool in 2010. In the context that Wayne Rooney had not found his stable form, Berbatov came out as a hero. He finished the match by a stunning beautiful strike, which gave Man Utd the lead and won a dramatic match by 3 – 2.

The outstanding performance of “Berba” remained till the end of the season 2010 – 2011 and helped the club win the 19th Premier League title. This might be the most memorable season of the Bulgarian’s career as he did not perform well in the next stage. He decided to say goodbye to the Theatre of Dreams after season 2011 – 2012.

You may have heard about the Assassin Partners “Yorke and Cole”, then here is one of them. Dwight Yorke joined MU from Aston Villa with a transfer fee of £12.6 million, which was a strong supplement of Sir Alex Ferguson. The respected manager made one of the right decisions in his career to achieve a triple titles: Premier League, FA Cup, and UEFA Champions League. 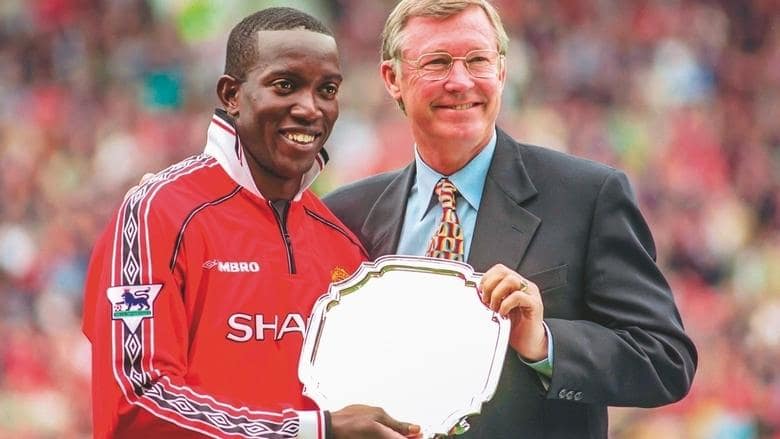 Yorke was named a “Smiling Assassin” due to his sensitive scoring ability and his smiling face when he scored. Right in the first season, Yorke had himself 29 goals in total and contributed most to the tripe titles of the club. Despite serving in Man Utd for four years, Yorke scored 48 goals in Premier League and 65 goals in total.

Transferred to Man Utd with many negative comments from the community, Robin van Persie was among the greatest strikers of MU. It was like a destiny when Sir Alex Ferguson gave him the number 20th shirt and told him: “You will bring the 20th title to Old Trafford”. And the Dutchman made it come true. 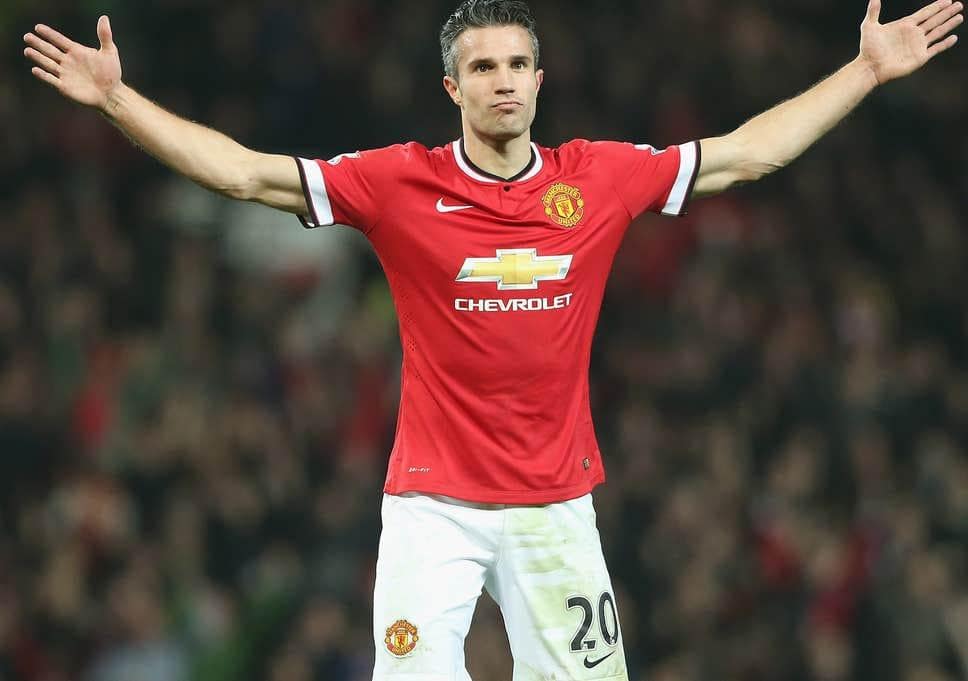 In the first season with MU, Van Persie had 26 goals in Premier League to get the national title for the club. He showed great skill and excellent strike ability. With his magical left foot, he could score in any position. He was especially dangerous inside the penalty area and could be any defender’s “nightmare”.

Robin van Persie was not young anymore when Sir Alex brought him from Arsenal. He wasn’t fast and strong. However, he got a sense of an “assassin” and knew which positions to choose and run. He was smart and able to play independently.

It was a pity that Robin van Persie played in the last season of Sir Alex Ferguson. He said with disappointment that he was shocked and would never know the left of the legend manager. Van Persie also said “sorry” to the fans because he had come “home” (Manchester United) late.

Nevertheless, Van Persie had relatively 12 and 10 goals for the next seasons before deciding to move to Fenerbahce football club. Robin van Persie is always a hero of MU fans as he brought the historic title to the Theatre of Dreams.

Moving to Man Utd from Newcastle United under several critics and comments, but Andrew Cole kept the world silent by his outstanding performance. 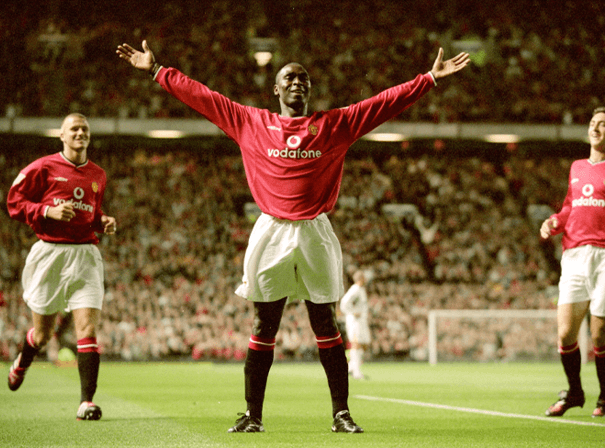 Cole played for MU in six years with many small and big titles: Premier League, Champions League, and FA Cup. Cole had himself 93 goals in Premier League and 121 goals totally for MU.

The most memorable season of Cole was definitely the 1998-1999 season when MU won the treble titles and made history. He was with Dwight Yorke to be the “unstoppable Assassin Partners” who brought the nightmare to every defender.

A captain, a legend, a silent hero, etc., is every name you can call him. Now, let the figure speak. More than 12 years serving for Manchester United, appeared in 393 matches and scored 183 goals in Premier League, 253 goals totally for Man Utd. Rooney becomes the greatest striker in MU history with the most goals ever. 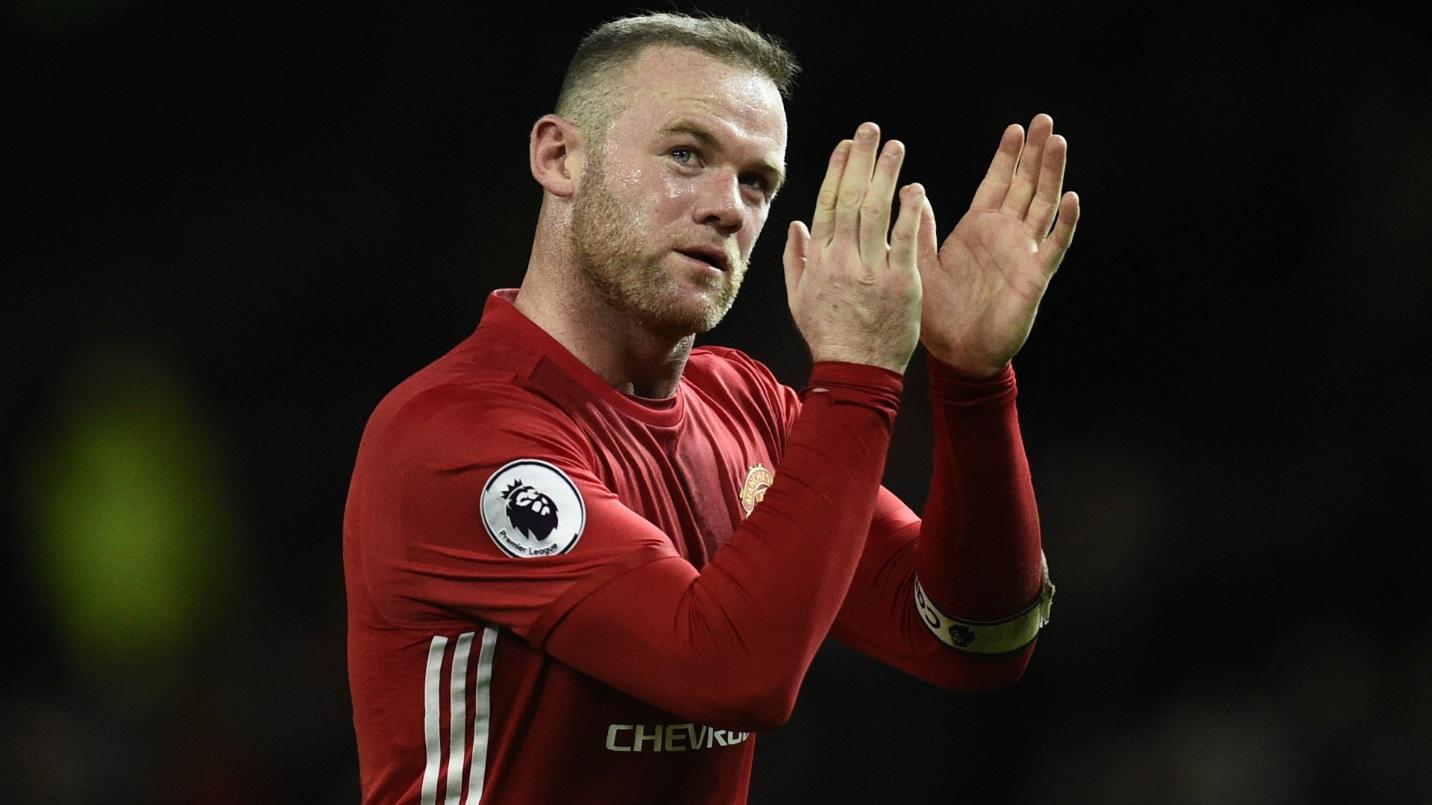 It can be said that Rooney had been through all the ups and downs with the Red Devils. There was a time he played the leading role, while sometimes he played and supported others. Rooney is a strong, energetic, creative, and great striker. He could shoot in a long-range and sensitively score in the penalty box, too. He could strike, he could defend, he could assist, he could do everything.

Rooney has everything a soccer player wishes to have: five league titles, FA Cup, Carling cups, Champions League and Europa League titles. Wayne Rooney is a true legend and hero of Old Trafford.

Above are the top best strikers in Manchester United history. Although things are different after the dynasty of the Great Alex Ferguson, a new generation is being built up gradually. Maybe it needs a long time for Man Utd to create great strikers like they used to have.

How to Protect Your Business from Malware

Typical Reasons Why You Should Buy Health Insurance

Typical Reasons Why You Should Buy Health Insurance

Roofing Replacement: 7 Key Things to Know Before Replacing Your Roof