Football has always been known as the king sport by owning billions of passionate, crazy followers in the world. Compared to other sports, the number of football fans is much higher. It is a sport with many investors with the most substantial capital in the world. Have you ever wondered: why football receives so much attention? Let me find the answer in this article.

We watched matches with dad or brother when we were a child. Maybe, you have experienced the feeling of sadness when your favorite team fail or rejoice when they win. Such emotional attachment even grows stronger. For a long time, that emotion became a passion. The feeling of standing in the stadium to watch every single action of the players makes you feel excited. You can see the ardor in the eyes of football lovers. 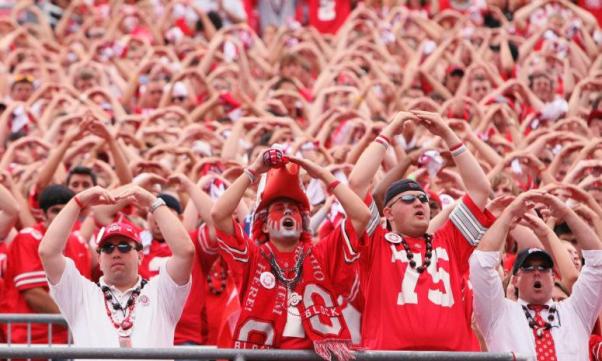 Big matches are one of the top reasons we watch football. It creates great dramatic debates and even fun. We try to find out which team is superior, and we are always right. Moreover, we also find out if we have a favorite outfit with us.

Whether it’s Argentina against Manchester United or Brazil with Chelsea, we never want our team to lose. Not only that, big matches tend to be a particular thing that everyone enjoys. Special matches with the participation of excellent players like Lionel Messi and Cristiano Ronaldo. 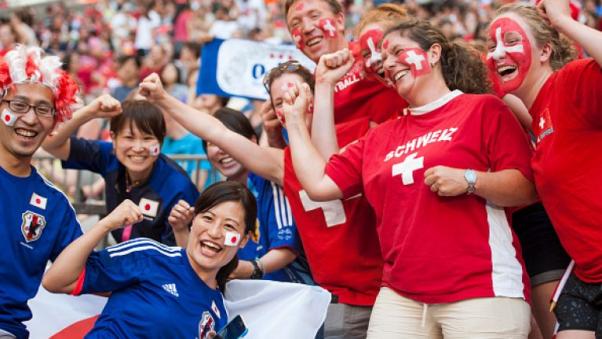 We all love the stories of the weak, who are striving to achieve their achievements. Football players come from a low-income family in a developing country. It’s just the past. They now have gold trophies in hand and play in great football clubs and represent their country to battle other teams from around the world. This story inspires you. Enthusiastic, hardworking, and passionate are the keys to helping us achieve success like him. 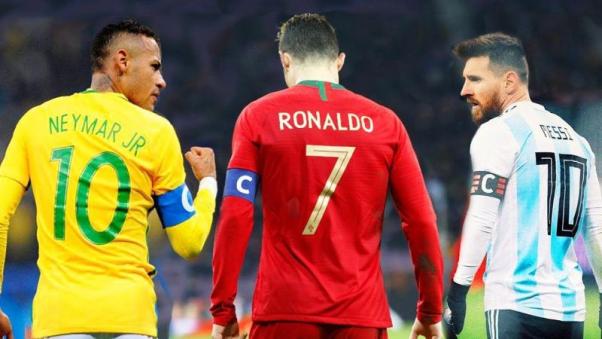 The stories of the players motivated us / Source: Pinterest

If your parents love this sport, obviously you have access to it very early. Your parents will continually introduce this sport to your world. When you were young, you might be interested in more animated movies. The superheroes hovering in the blue sky work well or smart dogs are obviously more attractive to a child than bland soccer matches. However, your father has come and moved to the sports channel. You are angry, but he continues to watch the soccer game that is currently playing. Despite complaining, you will still watch the match.

After that experience, you gradually have feelings for this sport. Your father continues to take you to stadiums with exciting football matches. You start focusing on watching them with him. Maybe, some of us, football is the past, present, and future. 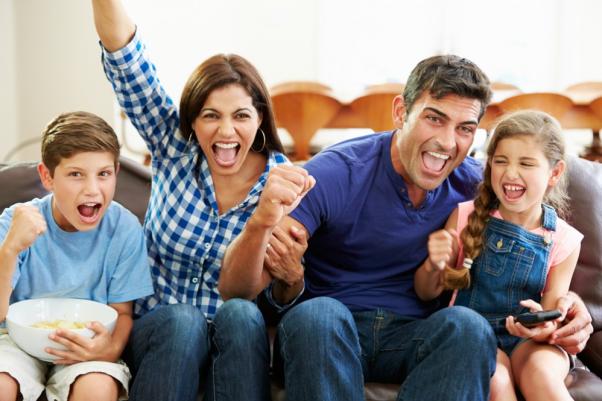 Family is one of the factors that make you love football / Source: Pinterest

Magic for the eyes

It’s hard to describe, but most of us like to watch magicians do tricks with their tricks. They stimulate our brain to think about how they did it. Football makes us feel quite similar. The only difference is that you can see the player thoroughly doing their movements and you try to imitate. You can do it or not, and it depends on your ability. Even if you don’t have a specific favorite team, you might like to watch players play and perform skills and expand you. 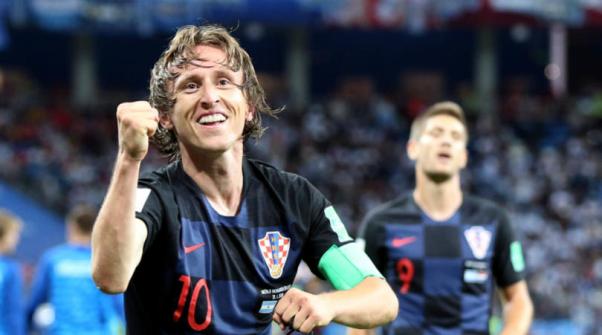 If you love a particular team long enough, be proud of the emotion that you attach to them, no matter what happens. Pride makes you believe that the team will reach the highest position. Satisfaction is to trust your team. Whatever it is, you show your pride positively to support your heroes to overcome excellent or bad times in their careers.

You may feel angry when you see anyone who doesn’t respect the team you like, and it’s a normal feeling. You are not alone. Any football lover will share the same opinions as you. Because of your pride and your trust in the team, if anyone invades, you will have negative feelings. Even if your favorite team has experienced a terrible season with many failures, you will continue to support them. That is the work of real fans. 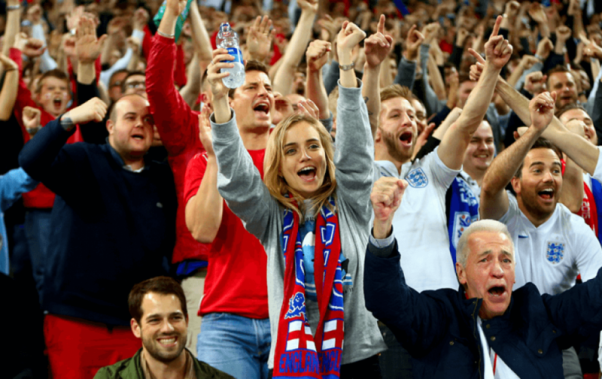 Protecting your team in debates is obvious / Source: Pinterest

Usually, football fans don’t go alone to matches. All sports events, whether professional or not, lack the presence of couples. You can’t compare the feeling of sitting on the radio of the audience to watch a game of baseball, basketball, hockey with football. With smaller stadiums, the crowd will be lower. Because football stadiums are more significant than usual, the crowd will become more enthusiastic. With such hot fervor, couples will get closer.

After only a few hours watching football, even the injured relationships can heal. Football is not merely a game, and it is a great gift. 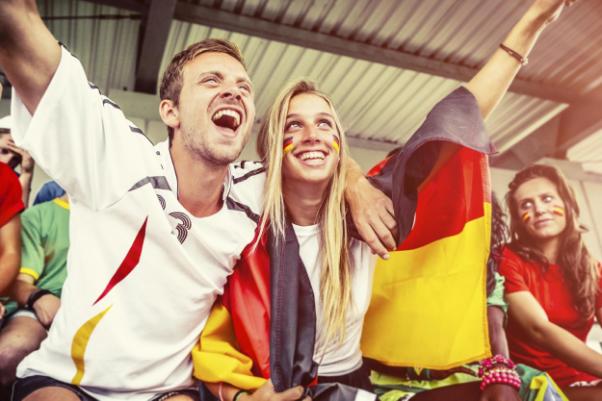 Football can close the gap between two people / Source: Pinterest

This cup is something special that links countries together every four years. Although there are many friendlies and other tournaments that your favorite club can win, this is always the tournament we hope to capture. World Cup is a special symbol that symbolizes your country is the best football in the world. It is an expectation when it comes to sports. If your favorite team has an international professional player, you will be proud to show them off. You have the right to express your pride. 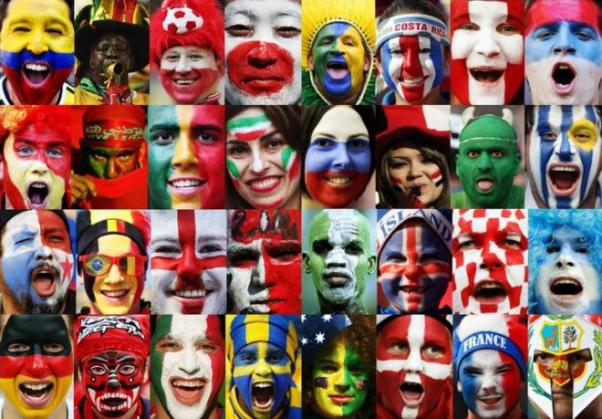 If you are a football fan, when you go to the stadium, you will not go there, step through the door. True fans love to sit outside the stadium for hours with their friends and family, playing, chatting with each other while waiting. That is an excellent time to make us happy when we remember. 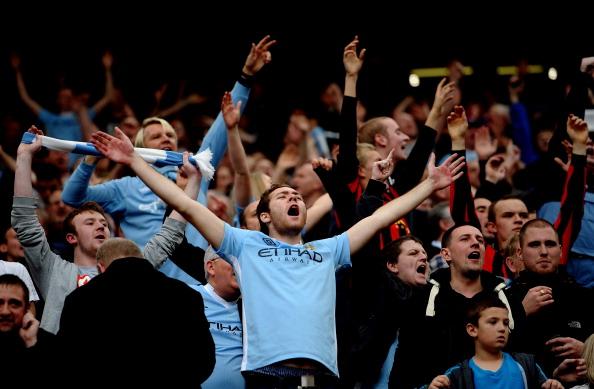 Waiting together to watch a favorite game will be good memories for us / Source: Pinterest

Any sport itself has many values. Sports help people unite, improve intelligence, improve health. It is an excellent game for anyone. You do not need to be equipped with many professional types of equipment. You can play at the beach, with a volleyball, go barefoot, and baskets are backpacks. You can even play alone by juggling the ball.

Sports change us every day. Thanks to it, you can break down all language, race, gender, and belief barriers. We all sit down and enjoy the sport together, whatever it is, can’t stop our passion. 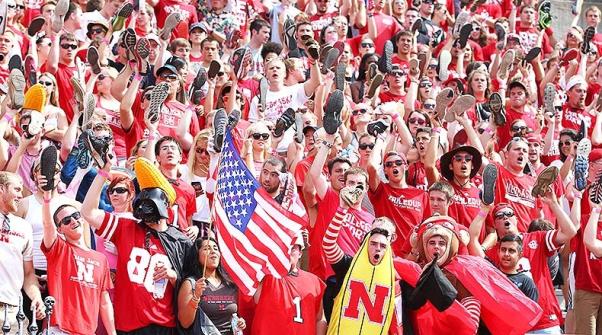 Football stadiums are the place for us to gather / Source: Pinterest

Football is arguably one of the oldest sports still loved to this day. According to FIFA, football appeared as early as 200 B.C in England. The game has undergone many changes since then and until 1857, Sheffield F.C, the first football club, was established in England.

The game was officially held for the first time between the two countries, England and Scotland and November 30, 1872. Its popularity grew at a fast pace. In 1930, the first World Cup was played in Uruguay.

One of the main reasons football and World Cup became popular is because it has a culture and tradition passed down from generation to generation. 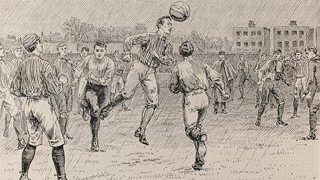 Football has been around for a long time / Source: FIFA.com

Watch the latest schedules of football matches on https://tructiepbongda.vip/

If you are a football lover, tell me the reason you love it. Don’t hesitate to share with us. Thanks for reading.

Tags: Football has always been known as the king sport by owning billions of passionateparents love this sportThe main reasons why people like football
Previous Post

Can shoes cause feet to swell?

What are the dental care options require for adults

What are the dental care options require for adults

The Benefits and Importance of Local Small Business Marketing

What is a Project Management Certification?

The key role of barcodes in the modern economy

What is a Project Management Certification?

The key role of barcodes in the modern economy