A Short Lesson On Australian History: The Assimilation Process

Whether you live in Australia or not, learning about the lesson on Australian history will not only be an interesting, but also a necessary project. It will be interesting because you might actually be surprised with certain moves that the Government had actually made not so far in the past and necessary because everyone should be aware of the rules, policies and guidelines that were being implemented in this country in the past, in order to be able to understand its present and future. This is especially correct for young people living in today’s Australia, which is definitely not the Australia that their great grandfathers or even grandfathers remember.

Here are some bullet points about the key events that you should know about: https://www.bbc.com/news/world-asia-15675556

Curious About No Deposit Bonuses? Here Are The Ins and Outs of How This Works

Today we are here to talk about the lesson on Australian history – the period that ensued after World War II ended. I suppose there’s no need for me to explain that the whole Europe was in chaos in this particular period and that huge amounts of people were searching for ways to recover and salvage their lives, as well as for places that could provide them with the opportunity to create a better future for themselves and their families. Simply put, migrants started leaving Eastern Europe in streams.

During the period between 1945 and 1965, Australia actually welcomed over 2 million migrants. Some could say that this country was a sort of a safe haven for people who have lost everything during the war and who have been trying to escape the oppression in their home countries. Others might say that this was the perfect way of getting more workforces. In any case, nobody can deny the truthfulness of these facts.

Something Else Was Going On As Well

The short introduction above was necessary because I wanted to set the scene just right in order to help you connect the dots and understand exactly during which period something completely different was going on in that same “safe haven”. If you go back a few years in time, you’ll find that Commonwealth Government has reached an agreement that Aboriginal people who were, to use their words, “not of fool blood”, should actually be assimilated into the whole population. Go here to get a better idea about what that meant.

This agreement was actually reached even before the World War II began, but not even the defeat of the Nazis was warning enough that such things were extremely inhumane. Not to mention the idea that they’ve seen and heard of all the horrors of the War after those immigrants arrived. No, none of that could stop the Board from officially adopting the Assimilation Policy in 1951 (although the actual process started much earlier), which was definitely a long time after Australians got acquainted with what happens when human rights are neglected. Oh, and, you can rest assured that the assimilation process went on for a while. 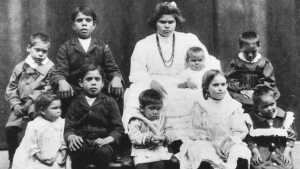 If you are not quite sure what this process actually entailed, then you should definitely keep on reading. The idea of the whole process was not to include Indigenous people into the society. Instead, the idea was to “groom” them and turn them into actual Australians, which meant that they would need to completely abandon their very cultures and traditions.

Here’s an interesting fact that you absolutely need to know. The Indigenous people were given their citizenships and allowed to vote, attend schools, and enjoy some other benefits as well under one particular condition. They needed to abandon any associations with the Indigenous community, which meant that they also had to cut ties with all their Indigenous relatives. Well, at least their closest family was excluded from that rule.

This basically meant that Indigenous people needed to sacrifice their whole identity in order to be able to achieve at least the basic level of freedom that other Australian citizens have definitely been able to enjoy for quite a while. The documents that provided them with these rights were called exemption certificates and the Government certainly issued a lot of those. Could you imagine the humiliation they must have felt when they were required to show these certificates to police officers if they wanted to enter schools, hotels, or other kinds of institutions?

In addition to undermining the whole culture of these people by making them abandon their beliefs and traditions, the assimilation process is guilty of an even more horrifying act. Indigenous children were taken from their parents in order to start assimilating to the white society from an early age. Generations and generations of these children were forcefully removed from their parents this way, which led to them later being referred to as the “stolen generations”. This caused a lot of trauma which certainly continues to affect Indigenous families.

How Contradicting It Was

The whole assimilation policy was actually thought to have a good goal on paper. In its own, twisted way, the goal seemed to have been to actually improve the quality of life of Indigenous people by including them into the society in one way or another. Yet, it failed oh so miserably to offer even the slightest improvement in the quality of lives of these people. I suppose you wouldn’t consider your life improved if your children were taken away from you and if you had to cut ties with your relatives that wouldn’t take the exemption certificate. That sounds far, far from a good quality of life.

So, I assume you can see how contradicting the whole assimilation process actually was in the Lesson On Australian History. On one hand, Indigenous people were expected to basically turn into white people and it was their responsibility to achieve that. On the other hand, though, these people were never given the same rights or the actual opportunities to achieve doing that. As a result, Indigenous people were never accepted as equals in this society and they were continued to be regarded as the inferior race. There’s no doubt that assimilation policies left consequences to these communities.

8 Fantastic Reasons to Improve the Windows of your Home

8 Fantastic Reasons to Improve the Windows of your Home

Top 9 Couples' Communication Tips You Should Try With Your Partner