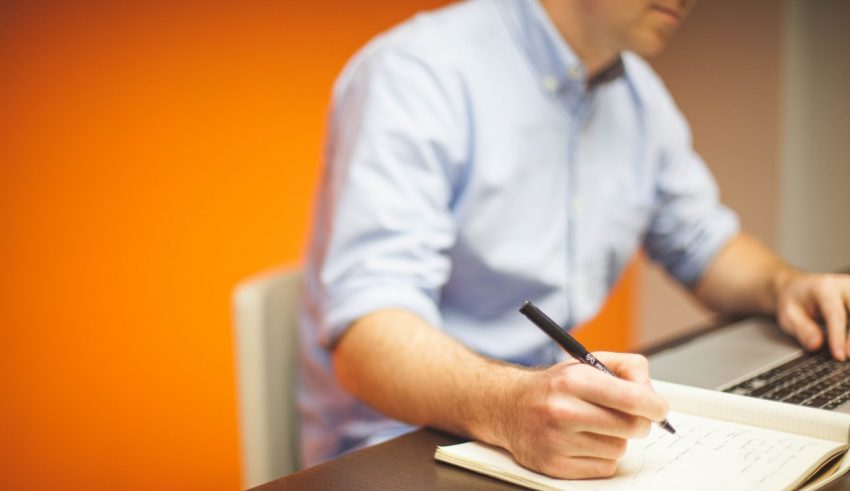 The wheel of time in the context of writing, seems to complete its journey as it’s about to end, from where it began- the void. The highly venerable art of writing, which is enjoying its that upped status more from last few centuries, is in peril!

Writing, which traces its development from the incorporation of trivial marks and symbols into the lifestyles of mankind, has borne the brunt of advances in technology, yet its future seems bleak, if not, evident. And this conflict of perspectives for the future of the skill, is due to the two different kinds of takers for its prospects.

And these two advocates promote the causes of their own in highlighting the continuity or the scary and seeming end of the art of writing.

The advocates of the continuity first!

The pursuers of the art leverage benefits like enhanced cognitive abilities, fine tuning of the motor skills and other such advantages, is the saying of the advocates espousing the cause of maintaining the art in schools, at least. The reasons also seem to be substantial as studies carried out for these purposes have concluded the same. William Klemm, a senior professor of Neuroscience at Texas A&M University, echoed the same through his article published in Psychology Today in 2013.

Improvements in the fine motor skills in the hands and fingers of the pursuers of the art of writing, is another benefit that they avail. This is, as writing legibly and cursively requires greater control over fine motor skills. You pay attention to the feature you are writing and consider the content and the manner for it, simultaneously. Moreover, the cause to excel through the art lies in its practice. And practicing writing cursively yet legibly, does exactly that. Studies carried out for analysing the brain imaging of such users, reveal that writing cursive triggers spheres of the brain that don’t engage in keyboarding.

Must Read:  How to Handle Disruptive Behavior in the Classroom

Memory retention and visual recognition are the other spheres exhibit the bettering effect of practicing handwriting. This is because, writing tones up these skills.

All the more, the connoisseurs of the art of writing will espouse it for engaging themselves in more sensuous episodes of interaction involving pen and paper. They can also employ the skill to carefully mould and represent feelings requiring deeper sensibilities.

Last but not the least, is the fear of losing the prestigious history and the personal touch associated with this yet-admired great skill. From the Roman imperial capitals carved on stones, Rustic capitals painted on walls to Steve Jobs, there are a number of great advocates of the art of calligraphy.

And those for the newer avatar!

Rohit Manglik from the Ed-Tech startup EduGorilla, echoes thoughts in affirmation to call it a day for the art of calligraphy for the society in general, citing almost no applicability of the art as the reason. The sphere where the digital form of writing apparently beats its offline counterpart is of saving time. Typing faster than they could write, grants children extra time to think about word choice or sentence structure, which hitherto was quite difficult if you were going through the crunch of time.

Though the view has many takers and deniers, the enhanced automaticity in the keyboards have also given wings to the quite possible outcome of today’s kids doing much better in communication. The popping up of word predictions even before you complete it is one such facility, for an instance.

Must Read:  How Social Media in Education Could be Used

Echoing the idea, a series of curriculum changes in 2014 in Finland, for example, have led to modifications in guidelines for the task of handwriting education. This has paved way for prioritising digital communication methods and print, instead.

And the transformation is not a plain paper to digital one. Giants like Google Docs are contributing in making things extremely friendly by introducing novel features in voice typing and not simply speech-to-text modification. The online search giant has already introduced the feature of voice-activated editing via its Chrome browser.

Drawing to a Close

The art of handwriting has withstood the attacks from the inventions and developments like phones, typewriters, keyboards of computers. The introduction of smartphones seemingly rings the death knell for it! Yet, it won’t be surprising if Calligraphy sustains the lethal blow of even smartphones, as its record of enduring the deadly assaults as mentioned above, assert openly! If it happens, one more class of connoisseurs of a form of art will find a reason to take solace in!

Tips for Reaching Your Customers on a Personal Level

How UI/UX Proves to be Important for Games and Websites - Easyworknet: […] offering web design services need to have some expertise in the UI and...

Thinking Outside The Box: 7 Luxury Gifts For Your Other Half - Easyworknet: […] Your girlfriend is your greatest treasure; thus, she deserves to have...

All You Need to Know About Different Types of Air Compressor - Easyworknet: […] pack air on one side of the cylinder and are very low drive and are by...

For Authors: Easyworknet is a tech -related and guest post-friendly blogging platform. We are ready to serve you information through our website. Here you can read and write whatever you want and share your valuable thought with others to help them grow with knowledge. You can help our readers by publishing an informative and quality guest post. Publish anything except spam…Happy Guest Blogging..!! 🙂

https://www.easyworknet.com is a participant in the Amazon Services LLC Associates Program, an affiliate advertising program designed to provide a means for sites to earn advertising fees by advertising and linking to Amazon.com.

Clicking on an Amazon link from https://www.easyworknet.com does not increase the cost of any item you purchase.

We will only ever link to Amazon products that we think our visitors may be interested in and appreciate learning more about.