Possibly an offbeat destination, but Haryana is among the most amazing places to visit in India. History buffs will be glad to know that there are some really amazing historic forts in Haryana they can explore. With the state finding mention in the Mahabharata, it is not surprising that its home to some amazing historical monuments. If you’re the kind of tourist who likes to explore the history of a place rather than just the popular tourist attractions, then the historic forts in Haryana are just for you!

You may have already heard about or even visited popular forts in India such as the Red Fort in Delhi or Neemrana Fort in Rajasthan. For your next vacation, try exploring some of the top historic forts in Haryana.

Here is the list of place what is Haryana famous for 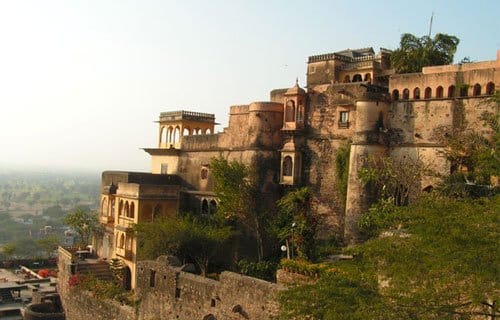 Topping our list of forts in Haryana, Asigarh Fort is quite possibly the most famous one in the state. Located in Hansi on the banks of the lake Amti, this is considered to be among the top impregnable forts in India. Reportedly, Asigarh Fort was built in the 12th century for the then King of Delhi and Ajmer, Prithviraj Chauhan. Once you make it to the top of the fort, you will be rewarded with spectacular and sweeping panoramic views of the quaint town below and the glistening lake. 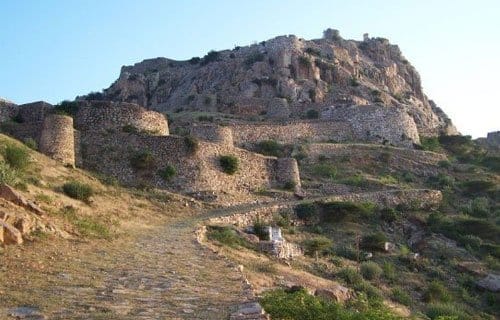 Built by Thakur Arjun Singh in 1570 CE, Loharu Fort is among the top historic forts in Haryana to visit. When it was first constructed it was akin to a kuchha mud fort in a quaint village. It stayed this way until the early 1800’s when its kuchha construction began to be solidified. Today, only the south wing of Loharu Fort is still standing after the north wing completely collapsed. It’s one of the best historic forts in Haryana to explore when arriving on cheap last minute flights. 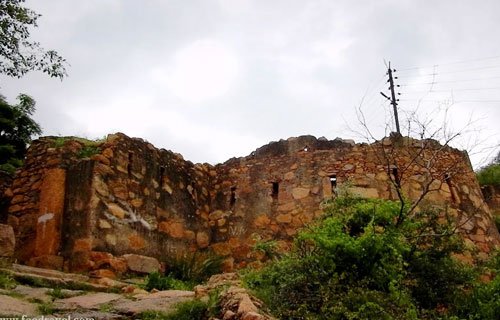 Situated atop Dhosi Hills in Mahendragarh district, Dhosi Hill Fort was built centuries ago under the command of Suri King Adil Shah Suri’s Chief Minister Hemu. Counted among the strongest forts in the country, the walls of Dhosi Hill Fort are 25 feet high and 40 feet wide. The tough fortifications were meant to protect Hindu ashrams and other heritage buildings from Muslim invaders. With stunning architecture, it’s among the most beautiful historic forts in Haryana. 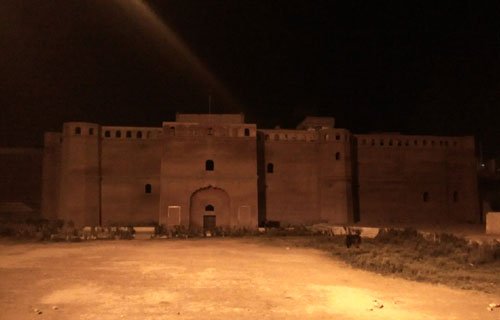 Reportedly built during the 18th century by the Kaithal royal family, this is among the most unique historic forts in Haryana. Why? That’s because it’s one of the fewest forts ever to have been incessantly attacked throughout history. Repaired time and again, Kaithal Fort has seen so many renovations that it’s not even a shadow of the original construction. At one point of time, it came under the control of the British Empire who used it to regulate at will the entry of necessary goods and other items into the city. 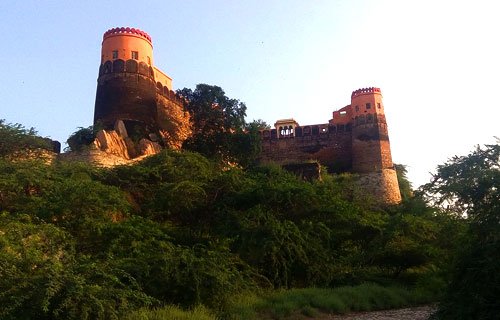 Sitting atop Madhogarh Hill, this is among the best offbeat historic forts in Haryana to explore when visiting on business class flights. Built during the reign of Madho Singh, a Jaipur ruler, Madhogarh Fort is visited by a large number of people every single year. A spectacular sight, it’s one of the scenic forts of Haryana and an incredibly photogenic one. It’s surrounded by lush green vegetation that adds to its beauty and tranquil charm. 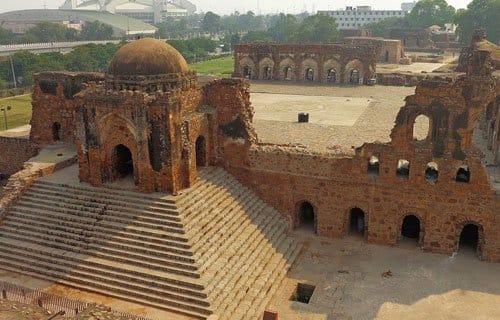 Not exactly a fort, but this is among the most spectacular historical palaces in Haryana you can explore. A remarkable fortified structure, the palace complex was constructed on a raised platform by Firoz Shah Tughlaq and is encircled by a colossal moat. Located in Hisar, the complex is home to palaces, religious structures, as well as a museum. Top attractions to explore here include Gujri Mahal, Lat Ki Masjid, Ashokan Pillar, Diwan-e-Khas, and Hammam among other things. 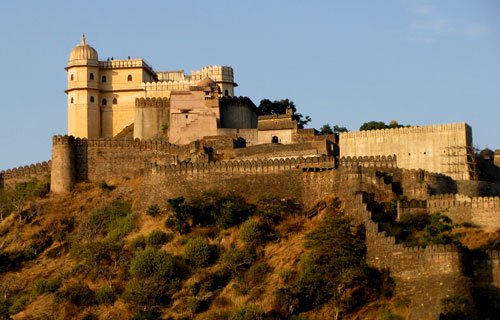 Situated in Panchkula district, this is among the most spectacular historic forts in Haryana. Built by a King of Ajmer sometime between the 17th and 18th century, this is one of the special forts of Haryana visited regularly by local and foreign tourists alike. There is a gurdwara inside the Raipur Rani Fort which is frequented by locals every day. Although parts of the fort are in a dilapidated condition today, it remains one of the top historical attractions in Haryana.

With so many incredible historic forts in Haryana to explore, plan a trip to this remarkable Indian state at the earliest! Pick which fort you’d like to visit first and cover the rest later on. If you from the United States and need an Indian tourist visa then you must visit https://www.indiane-touristvisa.com to apply online and book cheap India tickets from the USA with Indian Eagle travel agency and enjoy one of the best history-fraught vacations ever!

UIDAI Introduces Baal Aadhar: Why & How Should You Apply

How to Improving your Health

How to Improving your Health

How Insurance Agencies Can Help Their Sales Agents Save Time and Drive More Sales?

How to Start a Snack Food Business