If you’re trying to find the best computer for photo editing, this article will provide you with the ultimate overview of 12 computers recommended by professional photographers and retouchers.

Usually image retouchers are used to working on top-end desktop PCs built with photography post processing in mind. Look though these computers that can easily handle even the most demanding Photoshop tasks.

This model is perfect for running softwares like Ps and Lr and fully deserves its 1st place in this list of the best computers for photo editing. This state-of-the-art computer offers a terrific bang for your buck.

The Pavilion is a convenient, small computer that has a quad-core Intel i3-8100 CPU that comes with a great 4K processor. The included GTX1050 NVIDIA video card ensures you’ll enjoy a clear picture when editing images.

This model has an AMD 4-core A8 7410 processor. While it isn’t particularly impressive by itself, the processor has an integrated Radeon R5 graphics card. Even though such system specs don’t make the Inspiron a gaming PC (especially when it comes to the latest titles), it’s still more than capable of handling a modern OS and all basic image editing programs.

This computer is supplied with a powerful i7-8700 six-core processor. It works on 12 streams that have an alleged clock speed of 3.2GHz. The unit also comes with a duo-channel DDR4 RAM controller.

The ENVY offers “Intel Hyper-Threading” support, which enables you to multitask more efficiently than ever before. Meanwhile, photographers will appreciate the introduced UltraHD 4K support. The included Radeon RX550 Aero video card isn’t from the latest generation, but still offers solid performance due to 4GB of VRAM.

OMEN is powered by an i7 8700 CPU with six cores, a 12MB cache, and a clock speed of 3.2 GHz that can be boosted up to 4.6 GHz when set to Turbo Mode. The included graphics card is a GeForce GTX1070 with 8GB of VRAM developed on Pascal architecture, which allowed HP to secure a 3-times performance boost.

This computer has an expansive set of functions including Intel Hyper-Threading, UltraHD 4K support, and Intel Quick Sync Video.

Even though it has a slower processor, Pavilion compensates for that fact with the included SSD drive. It has a 7th-gen quad-core i5-7400 Intel CPU with a max clock speed of 3.0GHz.

In addition, the Pavilion comes with a duo-channel DDR4 RAM controller.

4K and Intel Quick Sync Video support enable video calls and speedy conversion. The graphics card is a GeForce GTX1060 that has 3 GB of dedicated memory.

The primary benefit of purchasing an Apple computer is the Mac OS, which is widely considered to be better optimized and offer superior performance compared to Windows and Linux.

Mac Pro comes with a quad-core Xeon E5-1620 processor that secures dynamic scalability, incredible power, and efficient work scheduling. In addition, this Mac PC has an AMD FireProD300 graphics card that has a solid 2GB of VRAM.

If you’d like to buy the best computer for photo editing to minimize the time you spend retouching images, this model is perfect for you. The CORSAIR ONE PRO comes with a state-of-the-art Intel processor – i7-8700K and GTX 1080Ti graphics card that offers an astonishing 11GB of memory, which enables you to work with hundreds of photos simultaneously without any performance issues. The two included SSDs are also a pleasant bonus.

Additionally, the computer is stacked with NVIDIA’s GTX960M mobile GPU that packs 4GB of memory.

This moderately-sized model has a solid 23-inch LED monitor with Full-HD support and anti-glare protection. The built-in Intel Core i5-7200U is a 7-th generation processor featuring a graphics core that acts as a GPU.

This Dell PC is the best computer for Photoshop for anyone looking for a mid-range option that offers great quality for an affordable price. It’s supplied with a nice 27-inch IPS screen with 4K support.

It’s built upon an 8-core AMD RYZEN-7 processor and has an AMD RX-580 graphics card that offers 8GB of virtual memory.

The 27QD has a large 27-inch IPS screen that’s protected with anti-reflective finishing and offers broad viewing angles. While the max resolution of 2560×1440 isn’t equal to the best photo editing PC monitors, it’s still more than enough for work in Photoshop or Lightroom comfortably.

The computer is an all-in-one model powered by a 6-core i7-8700T processor and a solid GTX1050 NVIDIA graphics card that has 4GB of VRAM.

This Apple model can easily compete with the best laptops for photo editing available on the modern market. Supplied with the latest Radeon Pro500 CPU, it’s capable of providing incredible image quality, which is upheld by the 27-inch Retina screen that offers 5K support. The iMac is powered by the Intel Core i7 processor. 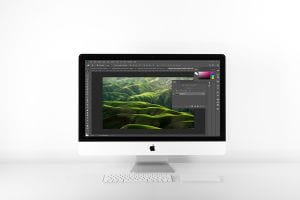 What system specifications should the best PC for photo editing have?

The best computer for photo editing has to be powered by an adequate and affordable processor, preferably manufactured by Intel. While the i3 model isn’t the most powerful one, it’s enough for performing any kind of image editing tasks.

As for RAM, I consider 8GB to be enough for most operations. The GeForce GTX1050 has 2GB of VRAM and that is sufficient for running both Photoshop and Lightroom as long as your max resolution is Full-HD.

If you want to work in 4K, I suggest purchasing a 4GB version or the GTX1050 model. Finally, ensure that your SSD has at least 240GB and comes with a 500GB or larger HDD so that you don’t have to worry about running out of storage space.

5 Reasons to Consider a Backup for Microsoft 365

5 Reasons to Consider a Backup for Microsoft 365