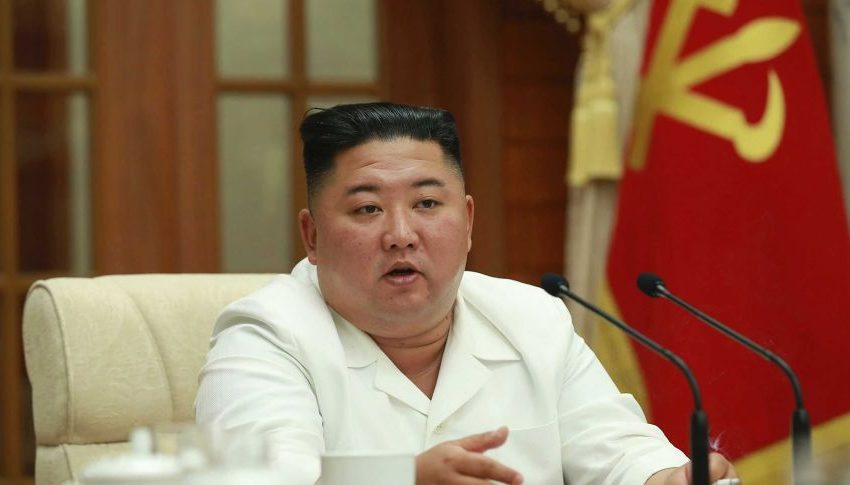 According to a South Korean diplomat, the supreme leader of North Korea Kim Jong Un is in coma. Kim Yo Jong, the sister of the leader, has currently taken his position.

The New York Post reported that these claims came from Chang Song-min. He was an aide to late Kim Dae-Jung. He was the president of South Korea. Chang Song-min claimed that though Kim is still alive, but is surviving in coma.

He said that putting Kim Yo-Jong in the front because of Kim Jong Un’s health conditions would not last for much longer as getting his successor is still incompetent. The Yonhap News Agency said that these sensational allegations came from Chang as spy organization of South Korea claimed that Kim had divided the power. Now his sister Kim Yo Jong and other close colleagues are handling the delegations.

Being the first vice director of the United Front Department of the Workers’ Party of Korea, Kim Yo Jong is now at the helm of state after power delegation. The brother-sister duo has not published any statements regarding this, yet maintaining their utmost authority overpower. This news came to light from a private consultation that happened last week between the National Intelligence services of South Korea and the lawmakers.

There are doubts over South Korean diplomat’s claims. This is not the first time that rumors are going around about Kim Jong Un’s long absence. His health conditions previously created many speculations as well. Moreover, Kim Jong Un skipped his grandfather’s 108th birthday celebration a few days ago.

His grandfather Kim Il Sung was the founder of North Korea. Further, the government of North Korea never gave any explanation about their leader’s absenteeism. There were similar rumors that had spread in April when the Hermit Kingdom’s leader went to have surgery for this heart condition. He was out of the public eye for almost three weeks.

Kim Jong Un was seen in a video

A government official of South Korea claimed to Fox News that no such information of any medical course of action happened with Kim Jong Un. Kim was seen in a video wandering at the event near Pyongyang after fertilizer company’s fulfillment.

On August 26, Kim Jong Un’s photos emerge online; just a few days after the South Korean diplomat claimed he was in a fatal condition. The Korean Central News Agency posted images of a healthy leader.

The pictures showed Kim Jong Un to attend a meeting of the politburo of the Workers Party. Moreover, the agency revealed that the leader had called a meeting to prevent coronavirus spread and how to manage a probable typhoon. However, the images displayed cannot be verified as to which date they were captured.

Barron Trump Had Tested Positive for COVID After Melania and Donald

How UI/UX Proves to be Important for Games and Websites - Easyworknet: […] offering web design services need to have some expertise in the UI and...

Thinking Outside The Box: 7 Luxury Gifts For Your Other Half - Easyworknet: […] Your girlfriend is your greatest treasure; thus, she deserves to have...

All You Need to Know About Different Types of Air Compressor - Easyworknet: […] pack air on one side of the cylinder and are very low drive and are by...

For Authors: Easyworknet is a tech -related and guest post-friendly blogging platform. We are ready to serve you information through our website. Here you can read and write whatever you want and share your valuable thought with others to help them grow with knowledge. You can help our readers by publishing an informative and quality guest post. Publish anything except spam…Happy Guest Blogging..!! 🙂

https://www.easyworknet.com is a participant in the Amazon Services LLC Associates Program, an affiliate advertising program designed to provide a means for sites to earn advertising fees by advertising and linking to Amazon.com.

Clicking on an Amazon link from https://www.easyworknet.com does not increase the cost of any item you purchase.

We will only ever link to Amazon products that we think our visitors may be interested in and appreciate learning more about.