Pig production increased again last year and has risen to the highest level since 2000. According to the British Food and Agricultural Products Sales Organization (AHDB). A total of 10.7 million slaughtered pigs caught in the  slaughterhouses on the island in 2018. That was 257,500 units, or 2.5 percent more than the year before.  The number of sows for slaughter increased further, by 9.4 percent to 258,800 animals. According to the AHDB, the reason for this significant increase was also the unusually low slaughter of sows in 2017. According to sales promoters, pork production in the UK increased by 24,100 tonnes or 2.7 percent in 2018 to 926,700 tonnes  in 2018. 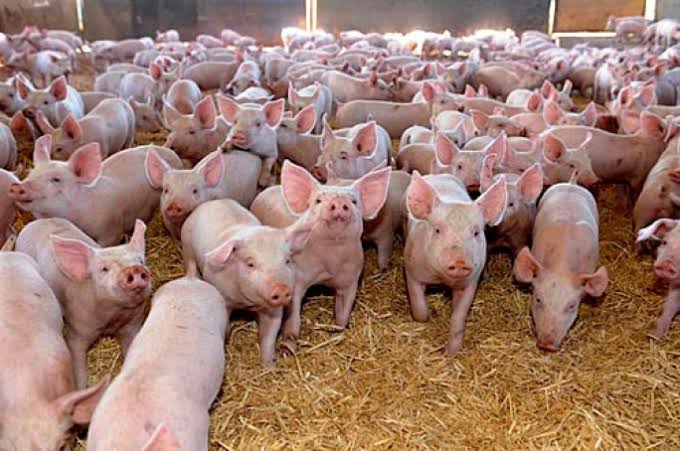 In foreign trade in pork, including slaughter by-products. The different developments are emerging for 2018 based on the data available to date.  The higher level of domestic production increased the export supply and increased exports in the first ten months of 2018 by 4.6 percent year-on-year to 287,240 tons of product weight.

Around 57 per cent of the products delivered to the EU Member States. Ireland as the largest customer with around 51,500 tonnes and Germany with 29,900 tonnes.  The most important customer in third countries was China with 64,900 tons, which represented approximately half of the pork and by-products.

Great Britain earns lots of US DOLLAR by Pig production

The most important supplier of pork to Great Britain was Denmark with 200,150 tonnes, followed by Germany with 169,640 tonnes and the Netherlands with 143,420 tonnes.

Along with Ireland, which sells many live pigs and processed hams and shoulders to the United Kingdom, these three countries are likely to be the hardest hit by a tough Brexit with trade disruption.Faced with this situation of increased meat supply in the British market, AHDB considers that there will be a situation of continuous pressure in the pig production markets.

However, the positive points for this situation are in the low feeding costs.  Furthermore, the pound has a favorable exchange rate relative to other currencies and makes British products more competitive.

Supply of pork in the UK

For AHDB there could also be a new scenario in which the pig census is reduced from the second half of the year, which could mean a possible increase in the price of livestock and improve the situation of the sector. Looking towards 2016, the supply of pork in the UK will increase further, according to AHDB Pork forecasts.  This announced by this organization on the occasion of a conference on market prospects held in London.

If there is no reduction in the pig production  herd in the short term, AHDB believes that pork production will grow again in the country for the seventh consecutive year, albeit at a slower rate than in 2014 and 2015.

👉Do you know the situation of USA is not good?

Life-threatening minus degrees in the USA

5 Reasons Why Bitcoin’s Volatility Is Going to End In 2020: Expert’s Speak