Working and Using Weed: The Rules in Recreational States

As of this writing, recreational cannabis use has been legalized in 18 states, and a handful more are seriously considering updating their cannabis regulations in the next year or two. Thus, tens of millions of adults across the country are legally allowed to buy bud and toke in the privacy of their own homes.

However, for many of those adults, using weed isn’t totally without repercussions. In many states, employers retain the right to test their employees for cannabis and discipline their workforce for consumption as they see fit. Why do these regulations remain active in the workplace despite current drug law, and what can employees do to keep their jobs and enjoy good kush?

The Brief Guide That Makes Having a Better Sex Life Simple

Whenever cannabis law is discussed, it is important to remember one enduring fact: Cannabis is illegal at the U.S. federal level. Thanks to the Supremacy Clause of the Constitution, the laws of the Federal Government supersede the laws of states. The only reason states are allowed to enact recreational cannabis regulations is because the Feds currently allow them to; that permission could be rescinded at any point. More prudently, the Feds retain jurisdiction over a few critical elements of cannabis law, such as interstate borders — which essentially means that each state must develop its own discrete cannabis industry. The result is a patchwork of cannabis regulations, with no two states claiming the exact same cannabis law.

All this is to say that there is no overarching legislation governing how businesses can treat workers who use weed. Employees interested in partaking of the good green herb need to dig into their own state and city law to understand their rights as adult recreational cannabis consumers when it comes to employment law.

In most states, employers still retain a good amount of power over the consumption of substances by their employees, even when those employees are off the clock. Many states permit drug pre-screening of job applicants, random selection drug testing, follow-up drug testing and more; if a worker is found to have any cannabis in their system — even if they are of age in a state that has legalized recreational use — they could be subject to strict consequences, to include termination of employment.

To recreational users who consume cannabis responsibly — who only buy from a legal Colorado dispensary, for example, and only partake outside of work hours — these laws might seem incredibly unfair. It will take further advocacy to update laws to protect cannabis consumption from unjustly biased employment regulations.

Fortunately, laws are starting to change in some areas. Discrimination charges levied against employers in Nevada and New York have compelled these places to reexamine their regulations and make changes. Already, Nevada limits an employer’s ability to reject job applicants after a failed drug test, and New York City is working to ban cannabis testing for applicants altogether. We could see more widespread adoption of these rules — but it will be several years before every employee has the same rights everywhere.

The Federal Government Has Its Own Rules

It is worth noting that some jobs are subject to federal law, not state law, even though they take place in the states. Those working for federal departments, like the Federal Circuit courts, or who have jobs that are governed by federal rules, like airline or rail workers, are likely to be tested for cannabis on a more regular basis, and they are subject to much more stringent penalties if any THC is detected. Generally, it is wise for those who have jobs connected in any way to the Federal Government to abstain from all cannabis consumption, even when it is legal in their area. 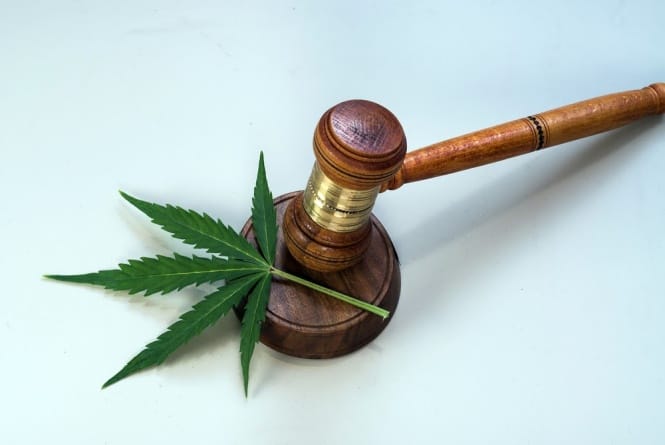 Of course, this could change — and, in fact, almost every aspect of cannabis law around the country could change — if the Feds legalize weed. Not only would most federal employees be allowed to relax and enjoy legal bud, but all employees would gain more standardized regulations regarding cannabis consumption and employment. Though the standard might not be as tolerant of cannabis consumption as activists might hope, at least it wouldn’t different workers in different states to do deep legal research to understand their rights in the workplace.

There are benefits to cannabis testing, especially in professions where safety is a significant concern. However, employees who live in states with legal weed deserve the opportunity to partake without fear of losing their jobs. The sooner we have standardized drug testing rules across the U.S., the more comfortable and confident cannabis consumers can be.

All You Need To Know About Fleet Insurance

All You Need To Know About Fleet Insurance