The phase of the menstrual cycle experienced by females which is related to the release of the ovum or egg from an ovary is known as ovulation. Generally, it has been seen that the ovulation period for every woman comes roughly in 28 days. Therefore, women face ovulation approximately once a month. The cycle continues for each woman unless the menstrual cycle comes to an end by the menopause. Other than this, the only time when a woman will not undergo ovulation is either when they are pregnant or when they are breastfeeding.

So, is ovulation pain normal? The answer is yes. There is absolutely nothing wrong with the body if you are experiencing pain during ovulation. Mild and sharp cramps generally do not mean anything. However, if the pain is intense, and it lasts for prolonged periods, there may be other complications. There are various other gynecological conditions which can cause such pains. Among all the causes, endometriosis is the most common reason.

Symptoms and Causes of Ovulation Pain

It is recommended to go and see a doctor if the ovulation pain stays for a period lasting longer than three days or so. If any new and abnormal symptoms are noticed, such as excessive bleeding, then also visiting a doctor is the right thing to do. Another term used to indicate ovulation pain is mid-cycle pain. In German, ovulation pain is often referred to as mittelschmerz, which translates to ‘middle pain’ literally. 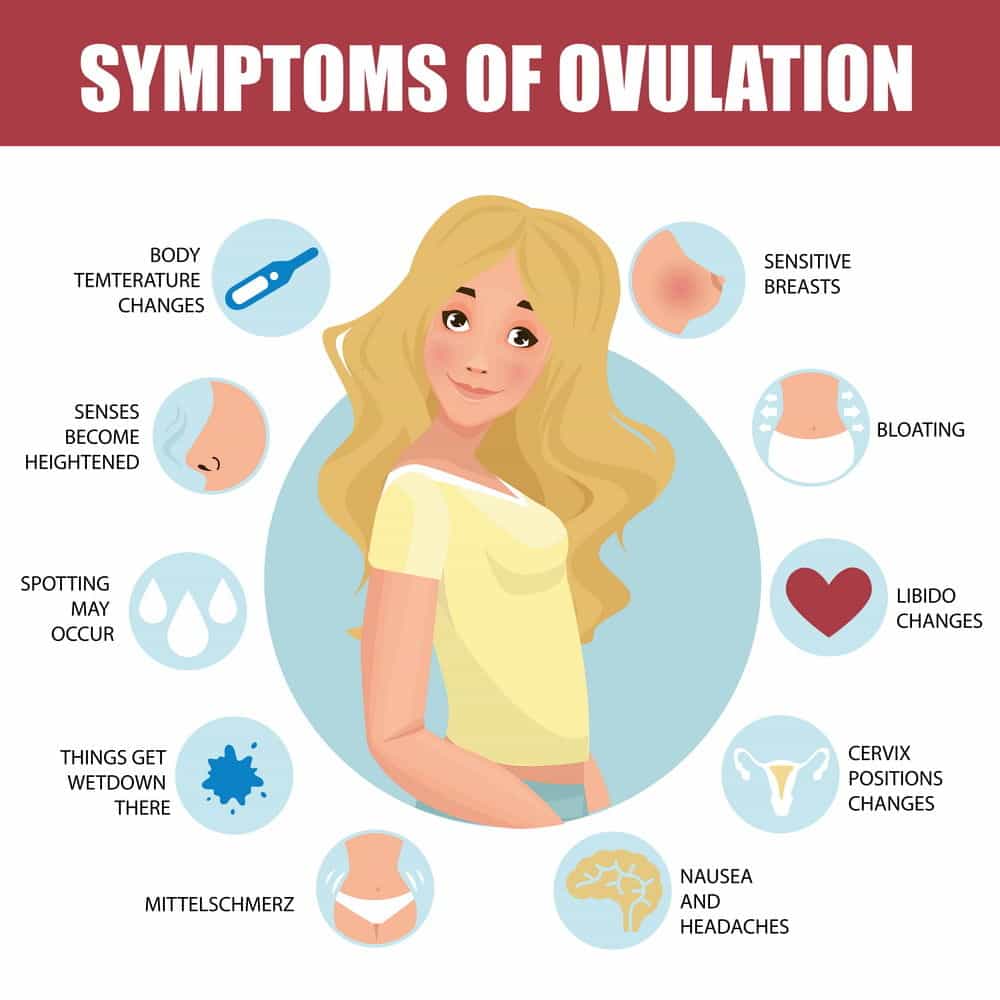 Ovulation Pain – What are the Causes?

As of present, it is not yet clear what is the exact cause of the ovulation pain. However, there are many strong theories that are likely to pinpoint possible causes. Some of the widely accepted theories are given below.

Due to the working of the hormones, the ovaries generally produce 20 follicles or more. Every follicle that is produced comes with the ovum or the egg, which is not yet matured at that point. Despite producing 20 follicles or more, by the time of maturity, only one follicle survives. The ovulation pain that is felt may be due to be the fact that the follicle expands, which in turn stretches the ovary membrane, causing the pain.

With time, the egg becomes fully mature. When this happens, it is usually followed by the egg bursting out from the follicle. This is natural and generates mild bleeding. Additionally, extra fluids may also come out due to this bursting. The peritoneum, which is the abdominal lining, is very sensitive. When it comes in contact with the fluid or blood that has come out with the rupture of the follicle, it can get irritated. This, in turn, can cause ovulation pain to be triggered.

Ovulation Pain – How Normal is it, and what are the Underlying Medical Problems?

The most common question asked in this context is that it is ovulation pain normal or not. As stated previously, it is normal. The pain may be sharp and sudden, but generally, it has been found that no harm occurs from the ovulation pain. This does not mean that extreme and prolonged pains should be left unchecked. If the cause of the pain is not ovulation, but it is due to some other medical condition, then it should be immediately treated.

Many underlying medical problems can also cause severe pains during the ovulation period, which many women mistake as ovulation pain. The overview of some of these problems is given below.

Apart from the ovulation pain symptoms, which can be used to determine the time and nature of the pains, there are other tests available as well. There are different tests that can determine if the ovulation pain is due to a disease or an infection, or if it is entirely harmless. Some of these tests are given below.

Ovulation Pain – How to Take Good Care Of Yourself

Consultations with a doctor are must make sure the nature of the ovulation pain. It is essential to find out whether ovulation pain merely is just happening usually, or various underlying medical conditions are causing it. To take good self-care while trying to deal with the ovulation pain, given below are some suggestions.

A woman is very much likely to get pregnant if she is involved in unprotected sexual activity during the days of ovulation. Thus includes a few days before and a few days after ovulation as well. While planning a family, a lot of women rely on the duration and the occurrence of the ovulation pain to time the pregnancy successfully.

On the other hand, many women also rely on ovulation pain to time sexual activity to avoid pregnancy. However, this is not entirely accurate or reliable. Hence, other contraception methods should be used to nullify any chance of pregnancy while indulging in sexual activities.

Ovulation Pain – What Does It Mean?

As previously stated, the ovulation pain varies from women to women. One of the ordinary experiences faced by a small percentage of women is that the pain comes in a sudden and sharp pang, and then it goes away. This happens during the time of ovulation, and for a lot of women, this is the only form of ovulation pain that they feel. This pain is mainly known as mittelschmerz pain, and it is normal. There are, however, lots of different abdominal pains which can be easily confused with the ovulation pain. Therefore, getting treatment for pains which shows pelvic pain symptoms is recommended.

The signs and symptoms which are directly related to the ovulation pain have already been discussed in this article previously. There are many symptoms, some of which are particular to certain women only. With these symptoms, women can identify their ovulation period and hence can mentally and physically prepare for it.

However, there are various other causes of ovulation, and there are different symptoms to identify these different causes as well. Some of the significant signs of the pains which are not related to ovulation are given below.

The probable causes for the ovulation pain have already been discussed previously. Here we will see about the other causes of the pelvic pains. The most common reasons are provided below.

Pelvic relaxation syndrome is a pretty common condition in older women and the women who have recently given birth. This pain is mainly caused by the weakening of the muscles which are located in the pelvic region. As a result, chronic pains may be triggered, which can initiate stomach and back pains as well.

The urinary disorders are mainly related to the infection of the urinary tract. This, in turn, can directly affect the kidneys, bladder, and urethra. As a result, the process of urination can turn out to be painful as well. Additionally, urine may also contain blood, and the patient may also suffer from back pains and fevers. The main symptom of urinary tract infection is when the pain associated with urination occurs in the lower part of the stomach.

Menstrual cramps are the cramps experienced by women right before the period, or when the period is going on. This is one of the most confusing causes of the pain which most women mistake as ovulation pain. Most women experience menstrual cramps in some time or the other. Generally, such cramps are of mild nature and can be ignored. If the pains are intense, and if they stay for an extended period, then visiting a doctor for treatment is recommended.

Constipation is the condition where the excretions of the body through the intestines generally get disrupted. This, in turn, causes different sensations in the body, some of which can be painful as well. The pain is mainly experienced in the bowels, as constipation hinders the bowel movements of the patient. With chronic constipation, bowel pains and pelvic pains may get triggered.

As previously stated, the condition of appendicitis is hazardous, and it occurs when the appendix gets inflamed due to infections. This is an emergency medical case and needs to be treated appropriately. Initially, the pain of appendicitis starts from the middle part of the stomach and can occur for small durations. With time, the pain shifts to the right side of the lower abdomen. Gradually, the pain becomes very intense and almost unbearable. Treatment of appendicitis is a must, and doctors should be contacted immediately.

Normally, the implantation of the fertilized egg takes place in the womb. When it does not happen inside the womb, but rather the implantation takes place in say, the fallopian tubes, this condition is known as the ectopic pregnancy. This is also a medical emergency, where the fertilized egg needs to be removed as early as possible. If no treatment is done, the fallopian tube is most likely to get ruptured. This can be fatal and can affect the fertility of the woman as well. The symptoms of ectopic pregnancy are mainly when the pain is felt on only one side of the body and occurring much late in the cycle. With the development of fever or an increase in pain severity, doctors should be visited immediately.

The ovarian cysts generally heal with time and do not pose many issues. However, at times, they are known to damage or rupture the ovary. If the ovary somehow twists itself around the fallopian tubes, ovarian torsion occurs. Excessive bleeding is caused by it, and it ends up with the death if the ovary. Such conditions can happen during the menstrual cycle, and the pain is too intense to bear. Therefore, immediate treatment is required.

Some women also get confused with the pelvic pains and stomach pains. Even the problems which are related to the intestines and stomach can conjure up pains on one part of the body. Gastrointestinal issues, such as problems with liver, pancreas or diverticulitis, often cause this. Intestine infections can cause such pains as well. There are various symptoms of identifying gastrointestinal problems. Some of them are constipation, diarrhea, change in the stool color, and bloating.

Right Time to See a Doctor

During ovulation pain or pelvic pain, a doctor should be visited immediately when-

Patients should go for emergency treatment if- 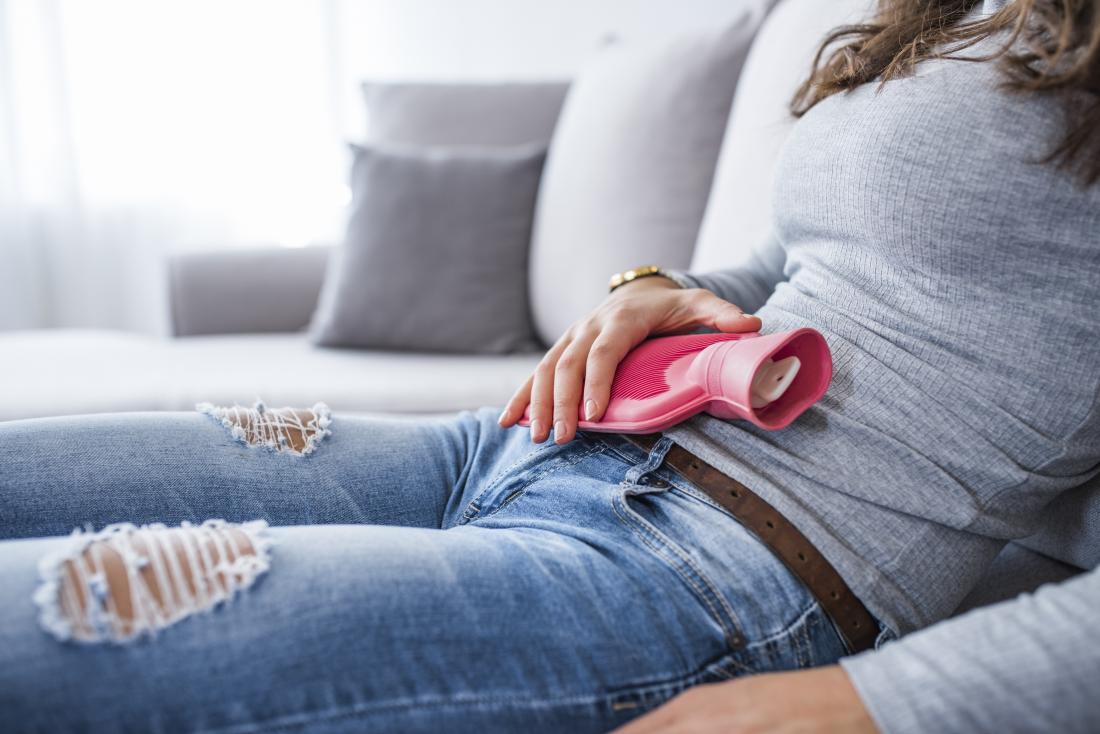 Generally, the intensity of the ovulation pain is mild, and no treatment is required. However, if the pain becomes slightly intense, you can follow some of the home remedies given below.

All of these remedies are for those who are suffering mild ovulation pain. If the cause of the pain is different, other treatment methods should be followed. In any such case, visiting the doctor is the best option.

The occurrence of ovulation pain is normal, and there is nothing to worry about it. However, if you are confused about the cause of the pain, you can always visit a doctor. This way, either you will get reassured, or the doctors will be able to diagnose other causes and provide treatment accordingly.

5 REASONS WHY YOUR BUSINESS SHOULD BE USING LINKEDIN GROUPS

5 REASONS WHY YOUR BUSINESS SHOULD BE USING LINKEDIN GROUPS

How Is CBD Extracted?

How to Build a High Load Architecture for Your Web Solution