How Many Days after Period is Safe to Avoid Pregnancy?

Whether you want to conceive or not, but you might have got a query like “How Many Days After Period is Safe to Avoid Pregnancy?” Pregnancy should always be planned. When you are not really ready, it’s better to avoid. You and your partner should never take pressure for having a baby, and safe sex is the key to a happy relationship.

If you can successfully skip the fertile window, you don’t have to worry about an unplanned pregnancy. How to skip? Scroll down to learn from our health advisors’.

Know How Many Days After Period is Safe to Avoid Your Pregnancy?

To calculate the safe days, you need to track your menstrual cycle first. If you have a longer cycle of 28 days or 30 days, then having sex right after your period won’t affect much. But if you have a short cycle of 21 days or 25 days then, yes, there are chances of getting pregnant.

Ovulation occurs before 2 weeks of the period. So the women with short cycle generally ovulate within 5-6 days after period. Now if you have intercourse during your period, the sperm can stay alive in your vaginal canal for 5-6 days. Hence, there are probabilities of conceiving just after .5-6 days of your period. It’s better to have safe sex at the time of period or after the period.

The women with long menstrual cycle generally ovulate after 12-15 days of the period. If you also have a long cycle, then you can go for sex during your periods or just after you stop bleeding. The risk of getting pregnant is almost nonexistent at this time.

However, we can say that there are low chances of conceiving while on period, but the likelihood is not null at all!

Is it Possible to Get Pregnant Right After Your Period?

Yes, it is possible to get pregnant just after you stop bleeding. Suppose you have a typical cycle of 28 to 30 days. If your period lasts for 6 to 7 days, then you are heading towards the fertile window. Having sex on the 8th day after your mensuration will increase the probability of getting pregnant as your ovulation day is not so far.

As we noted earlier, that sperm can remain in your vaginal canal for 5-6 days. Hence, if you stop bleeding on day 6 and have unsafe sex on day 7, then you are most likely to conceive. Women with shorter cycle generally stop bleeding on day 5 or 6 and ovulate on day 11. The chance of pregnancy increases as each day passes and you get into your fertile days.

It’s time to know about the safe days before period.

Is It Possible to Get Pregnant Right Before Your Period?

Well, the chances are too low for conceiving just before your period. Women with typically longer cycle can have sex just before the period. Because the ovulation generally occurs between day 11 to day 21. And egg stays alive for only 24 hours. So you can easily have sex before your period without any worry!

If you have a shorter menstrual cycle then also you can get indulged right before your period. But you must always track your ovulation day to be on the safe side.

When you ask for the actual “safe days”, we will answer- the 2-3days before your period is the safest.

Now you know all about the safe days to have sex for avoiding pregnancy. But many women have asked like “can I get pregnant 6 days before my period?” Well, if you have a similar query than here is your answer. Have a look.

Can You Get Pregnant Before Your Period?- Detect Your Fertile Days

As per the body structure and hormone secretion of every woman, the symptoms of fertile days are different. Here are a few general signs that you must check while detecting your fertile days.

As the research suggests, right after the ovulation day, the BBT increases in a range of 0.4 to 1 degree Celsius. Though the changes are tiny, still you can use an accurate thermometer and keep a track on your basal body temperature rise to detect the fertile days of the menstrual cycle.

LH stands for Luteinizing Hormone. While having the most fertile period of your menstrual cycle, the levels of luteinizing hormone rise in your body. You can plan your intercourse and have safe sex while there is an LH surge in your body to avoid pregnancy. 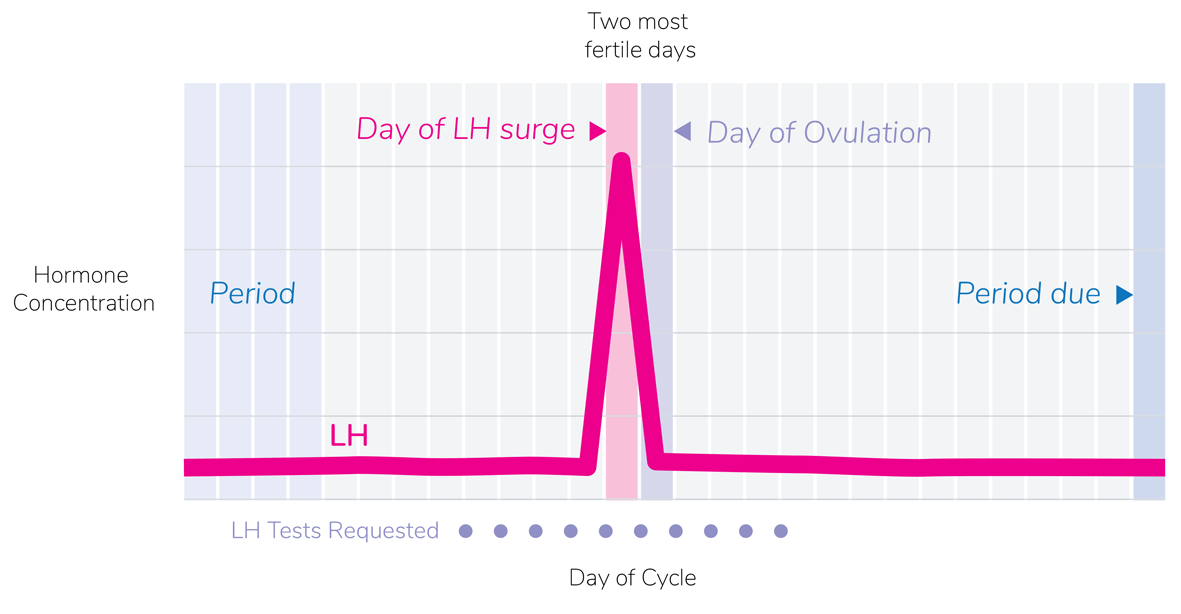 There are several ways to detect the LH surge in your body. While you can go for a blood test from a doctor, there is another common and easy way to track the amount of LH in your system. You can use an OPK test kit. The OPK test kit is available in medical stores, or you can get it from online stores without a doctor prescription.

The OPK test kit shows a positive result when there is a high amount of LH in your body. As we mentioned earlier, the LH levels drop down automatically after the ovulation period. It is evident that the test shows positive results during the fertile periods only.

However, while using the OPK test kit, you need to go through certain instructions carefully because every manufacturer has a different set of guidelines for each user.

A couple of days before the ovulation, there must be an increase in the level of estrogen in your body. As the research suggests, the estrogen has a significant impact on the women saliva.  The women saliva has a unique pattern called ferning. There are ovulation microscopes available that allow you to check the pattern. The pattern differs with the increase and decrease of estrogen.

At the time of ovulation, the ferning pattern looks like a frost on a windowpane. So you can efficiently study the pattern of ferning and detect the safest period to have sex without the worry of getting pregnant.

If you have any complications like polycystic syndrome or anything, then you must be suffering from an irregular period. Now tracking the exact day of ovulation at this condition is not only hard but also impossible in some cases.

That’s why we have taken the initiative in order to help you. Scroll down to know the secrets of calculating the exact day of your ovulation if you are already suffering from irregular periods.

Track Your Ovulation with Irregular Periods

Several ways are there, but you can call it all Hypothesis. Nothing like the proved way of tracking ovulation day for a woman with irregular period history! However, we have brought out a few effective hacks. Have a look.

Firstly, make a chert of your cycle and mark it in the calendar. You will see a pattern. Next, talk to your gynecologist and show her the pattern of your period. You will get the experienced hand on calculating your fertile days and avoiding pregnancy.

We have mentioned every detail about How Many Days After Period is Safe to Avoid Pregnancy? Now you need to keep this guidance in mind and make your way to a happy life. If you are planning for starting a family, then don’t let the ideal time go. For further query drop a comment in the below box. We will be right after you indeed.

When Can a Woman Not Get Pregnant? – A Guide to Safe Pregnancy

Different Facts about the Different Water Purifiers That Are Present

Different Facts about the Different Water Purifiers That Are Present

What are the Chances of Getting Pregnant During Ovulation?- Timing is the Key!