Learn About the Diabetes Symptoms in Men and How to Prevent

Diabetes is one of the most common ailments that affect at least 2 out of 10 adults worldwide. It is mainly caused when blood sugar increases. When your body does not produce enough insulin or does not have it at all, glucose cannot reach the cells. This results in diabetes. It is also caused due to sedentary lifestyle and genetic factors in some cases. Anyone can develop diabetes, it produces different symptoms to men. Initially, the symptoms of diabetes are not clear. In some cases, an individual may have type II diabetes before it is diagnosed. Type II diabetes is the most common type of diabetes that affects most aging men.  This write up will primarily talk about diabetes symptoms in men and ways you can prevent it right away.

There are two types of diabetes:

How to diagnose type I and type II diabetes

The doctor may order urine and blood test to diagnose your condition. There are various types of blood tests to diagnose diabetes.

According to a study conducted in 2016, men are more prone to diabetes than women. The study showed that men varied less than women at the time of the diagnosis. This study also measured waist circumference that became a sign of health risks. As per the results: 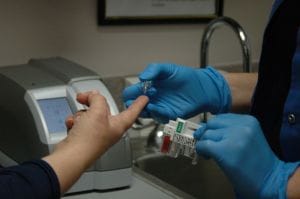 The early diabetes symptoms in men develop gradually and one may not be aware of it. The early diagnosis helps in protecting an individual from heart ailments. If a proper diagnosis is taken in the early stage, it can help you in preventing complications.

Mentioned below are some of the early symptoms of type I diabetes. If you notice any following symptoms, consult a doctor immediately:

The above-mentioned symptoms are mild and if remained untreated may cause health issues with eyes, nerves, and skin. In most cases, the symptoms of diabetes are the same in both sexes. The main differences occur when this condition occurs in men:

This condition is the inability to attain an erection. It can be the result of various health issues such as kidney disorder, increased blood pressure and nervous system conditions. Erectile dysfunction can also be caused by smoking, stress, and medication.

The increased blood sugar levels may lead to breaking down of the body and fat for energy. This is common in men suffering from type I diabetes that causes weakness in the muscle. This condition may lead to infertility.

Men suffering from diabetes can also experience retrograde ejaculation. In this condition, the semen enters the bladder instead of coming through the penis during sexual intercourse. Even after reaching climax, an individual might ejaculate less or no semen at all.

Feeling lethargic every day can be a symptom of diabetes. An individual may feel tired, lazy and gets frustrated. One may experience disturbed sleep, sugar crashes, and strained kidneys.

Patients with diabetes may experience an issue in their blood vessels and lens of the eyes. If left untreated, this may lead to diabetic retino-therapy. The increased sugar in the blood vessels takes fluid away from the tissues of the eyes. Once the blood sugar level is maintained, the vision becomes normal.

An increased weight loss of more than 5% within 6 months can be a sign of diabetes. There are numerous reasons why an individual reduces weight during diabetes: 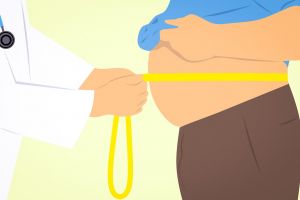 7. Sensation in your hands and feet

Patients with diabetes may have their nerves affected. They may feel a sensation in their hands or feet. This symptom may get terrible during the night. Hence, it is advised to stay warm during the night. If it is not detected in the early stage, this may cause loss of pain and sensation in extreme. This is harmful as one may not notice minor injuries in these body parts.

8. Slow healing of the wounds

The increased glucose in the blood may affect the nerves and flow of the blood. During this period, it will be difficult for the body to cure the wounds.

Men with diabetes tend to feel uncontrolled hunger, even after having a meal. This may be because the glucose is not able to enter the cells, hence the brain tends to believe that the body is getting lesser food intake. The brain tells the body to eat that produces hunger which cannot be controlled.

The urinal issues are caused due to diabetes that are the result of nerve damage in the genitals. A lot of men with diabetes experience these issues. An overactive bladder may cause frequent urination, a strong urge to urinate and a lack of self-restraint. Diabetes may influence muscle control to hold urine in the bladder. The bladder muscles may become loose, allow leakage or have difficulty in urinating.

Symptoms of diabetes common in both men and women

How does diabetes affect men and women differently?

Men with type II diabetes are more likely to have a low-T than men who are affected by diabetes. It happens because of the low levels of testosterone, men suffering from diabetes may have symptoms that are not detected in women. Low testosterone is the result of reducing sex drive, loss of energy and reduced muscle mass. It can also result in sexual disorders and urological diseases.

The general signs of diabetes in women can occur in any age group. They are as follows:

If you notice any of these above-mentioned wounds to occur then, it is advised to seek immediate medical attention. The long-term high blood sugar levels may cause serious complications. This may cause damage to the various system, such as:

The treatment of various types of diabetes is the first time when a person diagnosis about his condition. This can be dangerous. Men experience diabetes from lesser weight gain and accumulation of fat than women. They may experience different symptoms, such as erectile dysfunction and genital thrush. 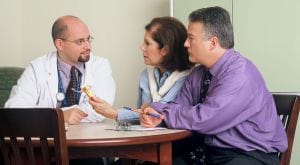 There are various factors that can raise the risk of developing diabetes and its complications. They are as follows:

How to prevent diabetes symptoms in men?

Before the diagnosis of this condition, there is a duration where the blood sugar levels are increased but they are not high enough that diabetes can be diagnosed. This is called prediabetes. It is said that at least 70% of people with prediabetes may develop type II diabetes. There are numerous factors that cannot be changed-such as genes, age, and previous behavior.

Listed below are certain measures that should be taken to prevent diabetes:

Type II diabetes can occur at any age and becomes apparent during adulthood. Type II diabetes is becoming more common in children. The body is not able to produce insulin. The pancreas creates less insulin that may cause a deficiency in insulin. If the insulin is less and cannot be used by cells. The symptoms of Type I diabetes occur during childhood or adulthood. Patients are advised to take professional help to get treatment for hyperglycemia. The diabetes symptoms in children are not easily diagnosed earlier. Hence, there is an increasing risk of type II diabetes in children.

Food that can curb symptoms of diabetes

Eating a balanced diet helps in managing diabetes by maintaining their blood sugar levels. It is advised to take a diet rich in fruits, vegetables, and proteins. This helps in improving overall well-being and prevents complications. For patients with diabetes, it is advised to control their carbohydrates. The need of carbohydrates varies on various factors, including a person’s activities and medicines consumed.

A dietician recommends certain guidelines to meet a person’s needs. People suffering from diabetes should take the following diet:

Mentioned below is the list of fruits, vegetables, and foods:

Green vegetables are packed with vitamins, nutrients, and minerals. The leafy greens are rich in calcium and potassium and provide protein to the body. Eating green vegetables helps people with diabetes due to high antioxidant content and starch-digesting enzymes.

Whole grains have high levels of fiber and more nutrients than white grains. Taking a diet more in fiber is essential for people suffering from diabetes because the fiber reduces the digestion process. These food items are lower in the Glycemic Index (GI) scale as compared to white bread and rice. This diet includes the following food items: 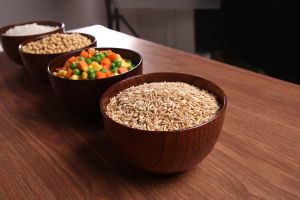 The symptoms of diabetes are the same for both males and females, which does not correspond to men. It is important to discuss these symptoms with your doctor. Doctors may recommend HbA1c levels to analyze if you have pre-diabetes. The symptoms of diabetes can be controlled by taking a balanced diet. If diabetes is diagnosed early, then one can take control of their diabetes before it has negative consequences.

Patients with diabetes should make some changes in their lifestyle and overall wellbeing. Maintaining your meals helps in improving your health and may delay the symptoms of diabetes. It is advised to avoid sugar, in carbonated drinks and candies.

Why More & More Companies Are Moving to Jacksonville

Writing allows me to pour my heart out in words. So, that's what I've been doing for the past 6 years. I strive to bring in a change in the world by taking tiny steps of curating the right message that needs to be conveyed.

Case Budgeting: How Much Does a Personal Injury Lawyer Cost?