How to Play and Win in Shadow Fight 3

The world of the game is now into the shadows. Although it’s a metaphor, the epic game Shadow Fight 3 is the best, which makes the player gasp and search for air when they fight for their lives and win the game at the same time.
The game is surrounded by a mighty military tribe, and they are the legion, they have their primary target, which is the elimination of the enemy. There are three fighters who will invite you to join the war, and it will determine the fate for the future years. 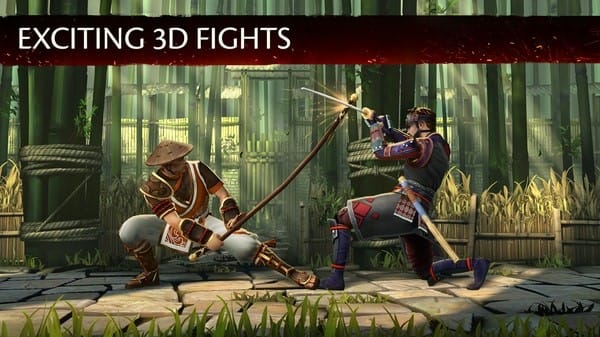 You have to choose which side you are going to play for, the good or the evil?. You need to take a dive now in this incredible game and know how to play and win this epic battle.

There are several websites where you can download a shadow fight 3 mod apk file.

• You will get to enjoy the 3D graphics and the animation with realistic physics
• You will be able to travel across the world map and all of it is filled with spectacular stories.
• If you win the duels then you can defy other players and you can take place in the top 100 in the leader board, become a star.
• Get to combine three various fighting styles
• You will know about the thrilling stories of different quests
• Get to collect so many weapons and equipment at the same time
• You can participate in regular events which are based on themes.
• You will be able to use shadow abilities, upgrades, and many perks.

This game is an immersive RPG fighting one and specially made for Android and iOS both. To play and win the game takes too much practice.

You need to familiarize yourself with weapons and how they swing. You need to polish your skills by playing the game numerous times. You will also have to play some duels to make your fighting techniques proper.

The moves for combos are highly crucial and it’s mostly needed to defeat the enemies. You can get special moves and they can be equipped in your weapon when you unlock the ability cards. Once you got the advantage in your gear or weapon you will get to perform the exclusive moves in the fight. On the other hand, the combos will help you distract the opponent, so you get more rewards later.

You need to take care of the time of the attack. You have to keep in mind that you must land an attack when the opponent’s guard is down.

You need to save your shadow energy and be ready for the attack which can come anytime. The bar for shadow is located under the health bar.

If you try to check the moves of your enemies they will try to copy the same, thus, you have to be unpredictable. You can use the mix of high, low attacks to avoid the predictability in the combat.
Lastly, you need to swap the weapon and gear. The habit of using the same things over again will not gain your stats. Also, you have to keep in mind to get the new abilities when you change the gear. These tips will help you play the game perfectly and win as well.

Play Shadow fight 3 With a Mod

You can also play Shadow Fight using a mod. By using a mod in the game you will get almost unlimited gems and money on your game account. It is basically an apk file you have to install on your Android device. It will also unlock all the playable weapons in the game, so you can have a better gaming experience.
There are several websites where you can download a shadow fight 2 mod apk file.

How To Skilfully Bash Your Opponents In Rummy?

Neck and Shoulder Pain – Slay the Beast with the Art of Sleep!

11 Things to do in Florida

11 Things to do in Florida

How To Get Over Your Fear Of Driving