Often during a conversation, you might have come across the words TTYL. And then the user on the other side goes off. It surely must have bewildered you if you don’t know the full form of those four-lettered words. Well, nothing to be ashamed about for not knowing. It is just another internet slang that is commonly used in the virtual world. Therefore coming to the first obvious question, what does that four-lettered word stand for? The TTYL full form is Talk To You Later. However, both lowercase and uppercase versions of the phrase TTYL or TTYL leads to the exact meaning, and it is perfectly acceptable in both the form.

Let us go to the second question; what does TTYL mean? TTYL or talk to you later is commonly used as one of the ways to end an ongoing conversation. For example, if you are going to nap, or going out of the house for some work, or getting involved in any activity that would require you not to be able to continue the conversation. It is a phrase that is frequently used in an informal discussion, which implies that you will talk to the person on the other side of the screen, later on, irrespective of the conversation topics. It does not matter if you will converse on the latest point or will come with a new one afterward. You will not use this internet jargon if the recipient is the person who you will not talk to again after the said break.

The acronym of talk to you later is frequently used in Internet chat rooms, electronic mails, text messages on mobile devices, or anyplace that digital communication takes place. It can also be suited for in an exceptional circumstance where a business acquaintance has become close enough to be called a friend. This phrase is almost like euphuism of “We will talk again soon” or “goodbye for now.” This phrase is like any other internet slang which is regularly used in the virtual platform, but as a thumb rule, this expression is not suitable for initial business dealings. A friendly note, while communicating or texting online, as before mentioned typing the TTYL in uppercase is undoubtedly all right. But be careful not to type down the whole sentences in uppercase, because capital letters often convey as shouting or in an agitated state of the sender.

As we have seen already, the general form of TTYL is “Goodbye” or “Talk to you later,” which we consider as a relatively longer phrase. With the latest technologies bringing limited keypads and touch screen keyboards to the users, people looked for ways and methods to keep the messages short. Even during the earlier times, SMS mobile text messaging also used to charge by the length the texts had been sent. So it was proved to be convenient to keep the messages short. As a variety of “Talk to you soon,” TTYL became a standard phrase for folks trying to say goodbye over the digital platform. Therefore, the TTYL became one of the many other types of abbreviations created with the only purpose of keeping text messaging and typing short.

Other Derivatives of TTYL

The other less commonly used varieties of TTYL are as follows:-

In this conversation, user 1 is seeking confirmation about plans. User 2 has to confirm with the babysitter before she has a final answer, so she tells user 1 she will talk to her soon so that they can confirm or alter their plans.

In this example, you can easily understand that both the users are young school students. Over here, they are merely discussing their last class and have to end their conversation before they are done abruptly. User 1 informs user 2 that they will have to talk to him later on, and since user 1 just got called out by the teacher, it’s a pretty sure bet that this conversation will resume as soon as possible. 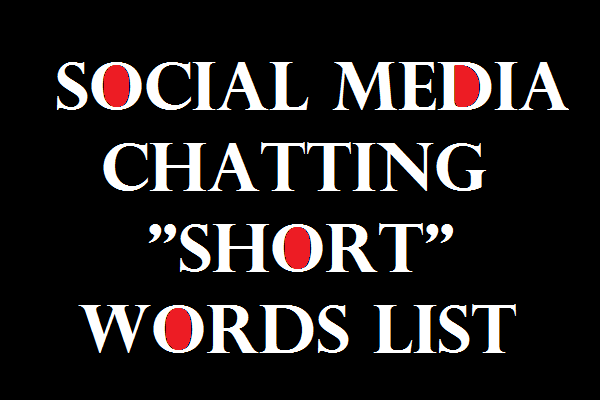 Origin of the Internet Jargon – TTYL in Modern World

The exact origins of the acronym are pretty much uncertain. A few have told TTYL has been derived from the phrase “Tata, you all.” During the years of the ’80s, this was a popular expression to bid goodbye in some parts of England. If this claim is valid, then the Americans must have overwhelmed the original appearance to their version of “talk to you later.”

Styling of Text and Web Abbreviations

It is entirely your vote whether you want to block lettered your text acronyms and chat jargon or not. Capitalization is a non-concern grammar in the digital world. You may use all uppercase (for example, ROFL, which means “Rolling On the Floor“) or all lowercase (for example, rofl) letters, which finally lead to identical meaning and interpretation. Even the mixing of both upper and lower cases would not lead to any different purposes (for example, Rofl).

Similarly, proper punctuation is also a non-concern matter while in most SMS text message abbreviations. For example, the acronym of “too long, didn’t read” can be translated into either TL;DR or TLDR. Both the abbreviations are interpreted to one meaning, and they are acceptable.

Do not use periods (or dots) between your shot formed letters. It would entirely defeat the cause of being a shortcut. It is time-consuming to put a period after every alphabet; hence, it is rarely used in the virtual platform. For example, TTYL should never be spelled as T.T.Y.L. or ROFL also should be R.O.F.L.

You should always evaluate who your audience is before indulging in the temptations of using jargon in text messages. You should also hold this point – irrespective of the audience, whether your context is formal or informal, and then finally draw a conclusion using good judgment. If you are familiar with the person on the other side of the screen, and it’s a friendly and personal conversation going on, then feel free to use the abbreviations. On the flipped side, if it’s a professional relationship or just initiating a friendship, then restrict yourself and avoid using abbreviations until you have nurtured a relationship rapport.

When you are addressing in the virtual platform, having a professional context conversation with someone at work, or vendor, or with a customer outside your company, and then altogether avoid acronyms. You should spell full words because it displays courtesy and professionalism. It is quite a smart play to err on the side being too professional during the initial days, and then relax your communication tone over time organically.

XOXO Meaning: What Does XOXO Mean

A Guide to the Different Types of HPLC Columns

The Best Alternative Roofing Materials on the Market